Thunderstruck is available as a real money pokie which you can play on any casino gaming platform. Pull out your PC or mobile device and relax in this spirited adventure of pokies entertainment. 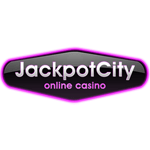 The saga of Viking Norsemen centred around their advanced seafaring skills and legends of their warrior tendencies. Viking excursions ranged from their Scandinavian homeland into vast tracts of the Mediterranean, North Africa, Central Asia and the Middle East. Remnants of Viking communities have been found throughout north-western Europe, western Russia, North Atlantic islands and even to the north-eastern coast of North America.

As the Norsemen settled these areas their culture influenced the societies in which they flourished, profoundly affecting the native populations. Chief among these traditions was the Norse view of nature and religion which centred on powerful deities including Light Elves, Dark Elves, Dwarfs, Giants, and Demons. These beings inhabited Asgard, home of the gods, as well as Middle Earth and Earth itself. Thor, God of Thunder, was the focus of many of these myths. He was regarded as a mighty deity who protected his human subjects while wielding his hammer and displaying his mighty fist. For the Norsemen and other believers, Thor's presence juxtaposed the strength of nature's elements, particularly thunder and lightning, with gentle qualities of healing and fertility.

Today, online New Zealand gamblers can capture the power of Thor with gaming luck and savvy strategies as they win real money in the enthralling Thunderstruck online pokies.

The game symbols set the stage for a pokie event in which ancient Norse lore combines with 21st-century technological fun and excitement. The five reel, nine payline and forty-five coin pokies accentuates the power that Thor holds over nature. The reels feature storm-related symbols including the god Thor himself, a ram's horn, the fearsome Mjölnir (hammer) that Thor wields, Thor’s fist, bolts of lightning and Thor's stormy, earthly castle where Thor lived after his father Odin cast him out of the heavenly Asgard. There are also traditional slot machine letters and numbers which line up on the paylines for added wins.

If your regular game spin results in three or more Ram symbols, scattered on the reels in any pattern (not necessarily on the same payline) you will activate the Free Spins bonus game. You are awarded 15 spins. All of your free spins bets and paylines remain identical to the bets and paylines of the spin that activated the free spins round. Free Spin wins are tripled. If a free spins spin results in three scatter symbols, appearing anywhere on the reels, the free spins round will reactivate. You'll be awarded 15 additional free spins which are then added to your existing free spins.

The Gamble Feature is activated by any regular game. You have a total of five gamble options. You can skip the gamble feature or go ahead and gamble, at your leisure. You have the choice to play all five gambles consecutively, play them in-between your regular game spins, play some of the five gambles or play no gambles at all.

If you are ready to Gamble, click the "Gamble" button when it appears after you complete a regular game payline. The machine will present you with a concealed card, giving you the choice to bet on the hidden card's colour (black or red) or suit (spades, hearts, diamonds or clubs). If you wager on the card's colour and your guess is correct you'll double your existing winnings. If you wager on the card's suit and your guess is correct you'll quadruple your existing winnings.