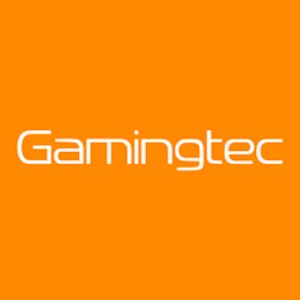 Leading iGaming platform provider Gamingtec has just managed to significantly up its distribution and supply game by securing a live casino content deal with Tom Horn Gaming. Tom Horn’s Vivo Gaming-powered live dealer solution has been named a highlight inclusion in the deal and is a product that, according to Gamingtec, was developed with an absolute focus on player satisfaction.

The product comes supported by a strong and elaborate collection of table games and native-speaking dealers. Gamingtec is more focused  now on the live casino games market than ever before. This is undoubtedly the result of a global focus on live dealer games – a focus that has picked up steam since stay-at-home orders began emerging toward the beginning of March.

Online entertainment has enjoyed new and increased support ever since a new physically-distanced normal came into being. And the player shift from land-based entertainment to online gaming is a trend Gamingtec says it believes will continue indefinitely.

Other live casino specialist providers already present on Gamingtec’s platform include industry leader Evolution Gaming, Pragmatic Play, and Eguzi. Gamingtec is the beneficiary of a partnership program that sees the provider gain early-exclusive access to all new content released by Evolution Gaming.

The latest deal is meant to meet increasing demands by operators interested in offering live casino games to their players. So commented Gamingtec Chief Executive Officer Sapar Karyagdyyev on the recent new partnership agreement. It recently became apparent that the number of game suppliers offering high-quality live casino games present on the platform would have to be increased if Gamingtec was going to successfully meet new business demands.

Karyagdyyev reported being pleased to be in a position to announce the addition of a promising  new partner to an already successful content platform. Long-term and reliable partnerships, said the Gamingtec CEO, are what will ultimately ensure the company’s ongoing capacity to deliver high-quality content to its operator-partners.

Live casino games certainly are living a complete resurgence in popularity. The demand for new releases and new forms of entertainment is greater now than ever before in the history of online gaming and entertainment. Now, Tom Horn and Gamingtec are better equipped than ever to meet the need for this type of iGaming entertainment.